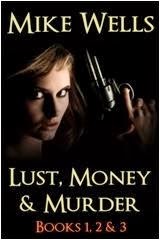 Patrick Brogan, a construction worker, is married to Kate and have a daughter, Elaine. Patrick adores his little angel until at the age of seven, Patrick catches Elaine and her friend smoking. He decides to send her to a boarding school to get her out of their bad neighborhood.
Elaine at the age of 16, while at the boarding school decides she wants to join a modeling agency. After paying over two thousand dollars for modeling courses, she still has not been called for a job. Elaine confronts the owner, Ronald Eskew, and he promptly refunds her money. Elaine unknowingly, gives counterfeit money to her father Patrick, and he deposits it into the bank. After he is arrested for a felony, he commits suicide in jail. Elaine vows revenge on Ronald Eskew for her father’s death.
As part of her plan, Elaine studies to become a Secret Service Agent to catch Ronald Eskew. Not only does she discover information on Eskew, she is assigned to an office in Bulgaria. There she meets Nick LaGrange, her boss, to whom she is attracted. Once they become more than friends, she is contacted by the Washington, D.C. office for a special assignment. They want her skilled detection eyes for a counterfeit bills operation. With this prize assignment thrown in her direction, Elaine’s world is turned upside down when she learns the reason for this offer.
THE END……..of Book 1.   Original review posted March 24, 2014

Escaping to Italy, Elaine is convinced by a man named Cattoretti that he can protect her from being captured by the Treasury Department, Lassister, and anyone else seeking her location. Cattoretti’s offer of employment to Elaine is accepted after careful deliberation on Elaine’s part.
Cattoretti’s life has not always been so sweet and rosy as he grew up in the School of Hard Knocks, even serving time in prison.  As Cattoretti woos Elaine with lavish gifts of clothing and jewelry, she remembers his warning that any betrayal on her part could prove to be detrimental.
Everything is running smoothly until…………
Mike Wells has written a three-part series with a female heroine main character that is smart, knowledgeable, and no push over with an exciting story line moving fast that is both enjoyable and easy to read.  Book lovers of crime drama, romance, action, and adventure will love breezing through this series on a nice comfy weekend.
MIKE WELLS WEBSITE
Posted by Edythe at 1:00 AM