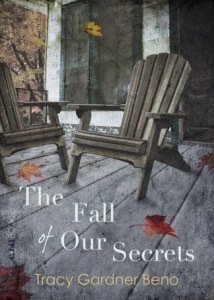 “I want a divorce.” Nicole carefully opens her door a fraction of an inch to let in more of the conversation. Her parents are sitting at the kitchen table, one on each side, and her mother has just uttered the words Nicole has prayed for years she would say. She can’t see all of her dad, only her mom, and her father’s huge hands flat on the table, flanking his beer bottle. She waits for the explosion, the reaction, but it doesn’t come. Not yet.
John Murdock takes a long pull from the beer and sets it back down on the table. “How long?” His voice sounds quiet, soft, to Nicole. The beer in front of him is deceiving, he’s not drunk, he’s in complete control. It’s an odd question, but she feels she knows exactly what he’s talking about. It’s a nagging feeling, just out of reach….
“How long what, John?” Her mother sits back a bit in her chair and folds her hands in her lap. She’s still wearing her blue pantsuit, the one she wears on Sundays to help out with the coffee and donuts after the church service is over.
“How long have you been screwing around on me?” A chill runs up Nicole’s spine, the words are too calm. She’d somehow feel better if he was yelling. Things are always more predictable then. His hands on the table don’t move.
Her mother fidgets with her wedding rings. “I don’t know what you’re talking about,” she says evenly.
“Are we really gonna do it this way, Irene?”
“John,” she says, her voice cajoling now, “there’s nobody else. For heaven’s sake, will you just let that go? You know things are bad, John, they haven’t been right in a long time. We’re better off apart.” She tries a different tack. “It will be easier for you. We’re just not good for each other anymore. I won’t even ask for child support.”
Nicole actually hears her mother’s sharp intake of air and sees the nearly imperceptible flinch before the table is overturned, spilling her mother out of her chair to the floor along with it. The muscles in Nicole’s legs jump involuntarily with the urge to run out there and help her. She forces herself to remain still. Her brothers are still quiet in the next room. No one knows she is up.
She watches her father bend over her mother and lift her off the floor by an arm. He rights a chair with his foot and drops her into it. Her mother’s eyes are dry, and for once Nicole doesn’t see fear written on her features. Her face remains blank as she meets her husband’s angry stare. A cold chill snakes its way down Nicole’s spine. It is a mistake not to be afraid of her father.
Posted by Edythe at 12:00 AM

This book was fantastic!