HOW TO UN-MARRY A MILLIONAIRE by Billie Morton 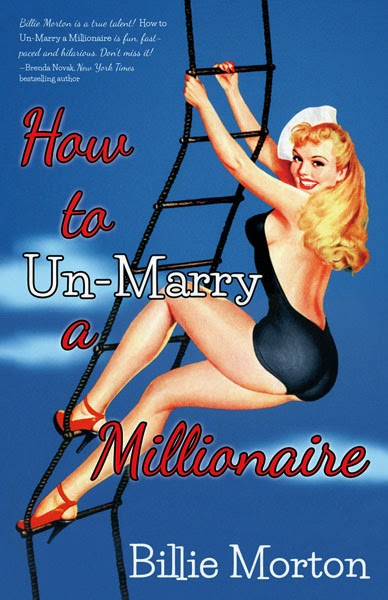 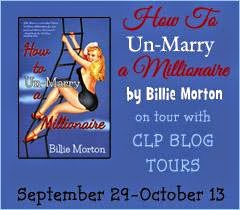 “It was time to channel her inner Jackie Onassis.” –Ricky

“You can’t steal something that’s sitting there waiting to be grabbed.” –Suzanne

“It’s Phillipa, your mother-in-law. Whose face have you been sitting on this morning?” -Phillippa

Ricky dreams of becoming a ‘star’ in the production of her own life when her sister teases, “…you could go to Los Angeles and get paid to be a big fat drama queen.” Ricky constantly reads articles of the rich and famous and vows to find her a millionaire husband with carefully laid plans. Ricky’s plans are very calculated and she gets more than she bargained for when agreeing to marry Sandy for whom she is caregiver during his rehabilitation.

Suzanne is two husbands later seeking a third when she realizes being thirty-seven with varicose veins might be a little too old to snare another rich man to take care of her. As she works her way into an arranged marriage Suzanne falls for an exotic looking man who is not what he seems on the outside.

Phillipa is the a widowed mother-in-law who detests her daughter-in-law every way possible since marrying her son JD “Boy” Carmel and time has not put her at ease. Phillipa wants only one thing from her and that is the grandchild she has longed for quite a while. If Boy and his wife cannot conceive she will to any length to make her wish come true.

These women began to wonder whether the life of the rich and famous is worth the pains of keeping the lavish lifestyle they are now living. With personalities clashing all over the place, Ricky, Suzanne, and Phillipa are connected in ways unbeknownst to them and will realize it sooner than later once they spend a ‘girls’ day at the spa.

How to Un-Marry a Millionaire is an enjoyable read until the eco-terrorist plot that did not align with the rest of the of the book. The semi-plot felt out of place and without it I would give a higher rating of a definite four. I recommend to readers who love chick-lit and drama novels over a lazy weekend.


I received this book free from CLP Blog Tours in exchange for an honest opinion in accordance with the Federal Trade Commission Guidelines.