THE RING MAKES ALL THE DIFFERENCE by Glenn T. Stanton 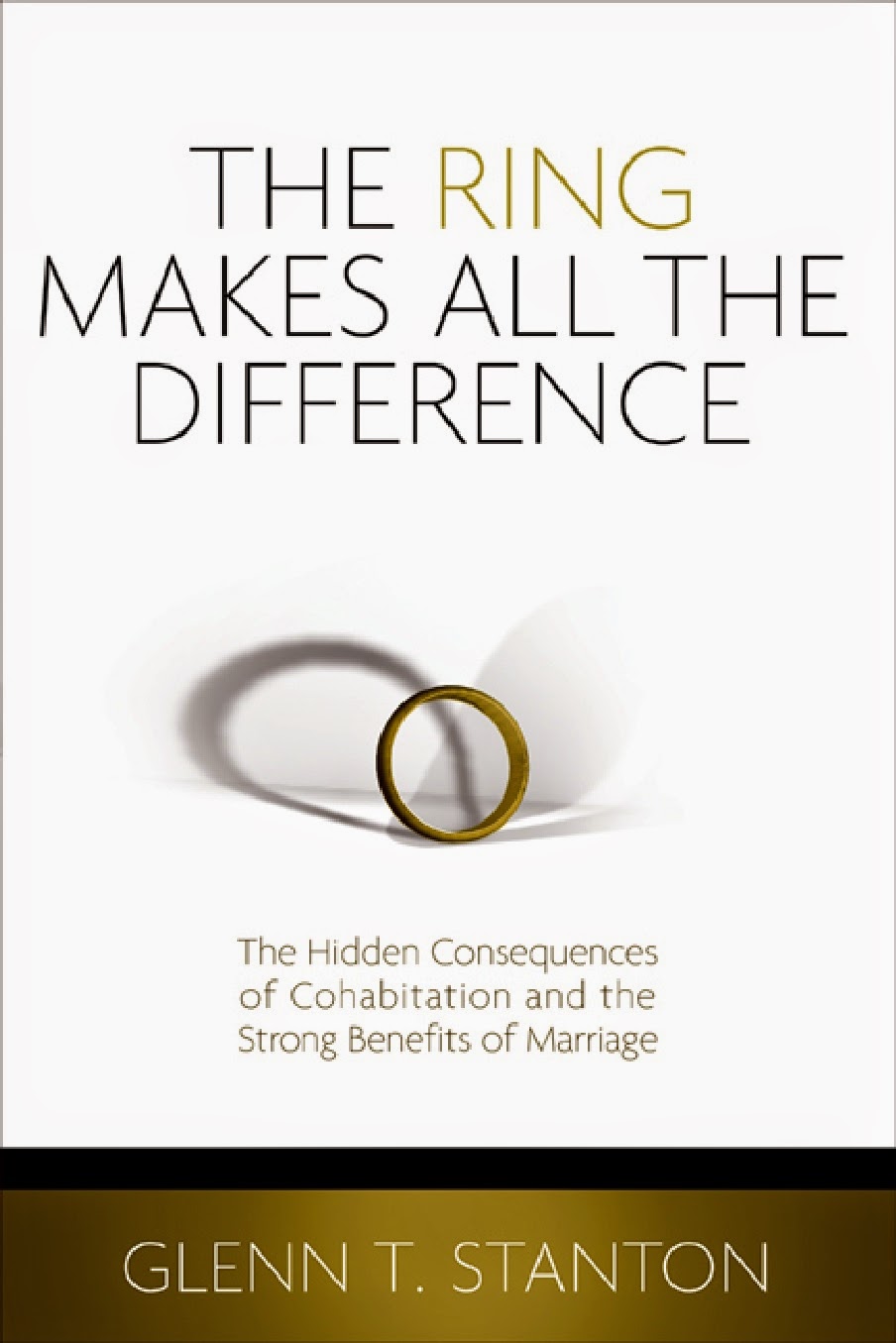 “Cohabiting men are less interested in marriage, and if they marry, they become different kinds of husbands.”
Did you know that cohabiting couples pay higher insurance rates? Did you know that children in homes with a non-biological related parent is eight times more likely to die of maltreatment? The majority of statistics in this book is from 2009 and according to the newscasts I watch probably has risen significantly since then.
Two of many points covered are,
(1) “…living together has seen explosive growth as boys fail or refuse to become men---while still getting what they want from their female peers who desire husbands: companionship, regular sex, and someone to cook and clean for them. We will look in chapter 7 at how women fare in the cohabitation deal compared to their boyfriends.”
(2) …marriage establishes the relationship on the woman’s terms, while cohabitation establishes the relationship on the man’s terms. This is important for women to know for themselves, for their girlfriends, and also for their daughters. Let’s look at why scientists are confirming what our grandmas took as common sense all along.”
Even though this is a Christian guide on the subject and differences between cohabitation and marriage, scripture and God’s view does not appear until chapter eight of this nine-chapter book. Glenn Stanton discusses the statistics, case studies, and scientific research around the world pertaining to cohabitation versus marriage. These interesting case studies approach from couples living together outside of a committed marriage and those who are in committed marriages reflect their feelings on the subject matter at hand.
Each chapter has Questions for Couples, Recommended Resources (for further reading), Notes (citations), and blank pages for your own notes. I truly enjoyed reading this book and learned that cohabitating may not be the best path leading to the altar of marriage for some and without God in the mix or having true commitment of marriage, your living arrangements will not live up to the hype. I recommend both women and men read this informative book on what is true commitment whether you are Christian or not.
I received this book free from MP Newsroom reviewer program in exchange for an honest opinion in accordance with the Federal Trade Commission Guidelines.